The Queen of Spain 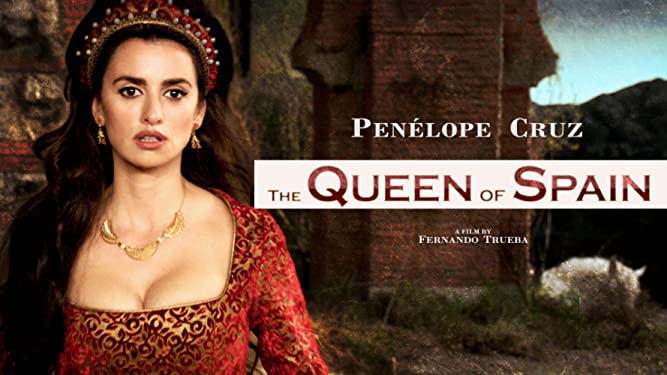 Twenty years after the premiere of the film “The Girl of Your Dreams,”  Penelope Cruz returns as Macarena Granada in a visually delightful dramedy “The Queen of Spain.”

Macarena returns to Spain 18 years after fleeing from Nazi Germany to discover that things haven’t changed much since she left Europe. It’s 1956, and the fascist regime in Madrid is in full power. General Franco decided to open the studios in Madrid for American production companies. Hollywood producer Sam Spiegelman (played by Arturo Ripstein) chooses to seize this opportunity with a historical blockbuster about Queen Isabella I of Castile.

Now a true Hollywood star Macarena Granada (played by Penelope Cruz), returns to Spain and reunites with some of her old colleagues. And once again, they are trying to make their art while navigating complex and hostile political surroundings.

The entire film set is in absolute chaos. The director of the film John Scott (played by Clive Revill), is drunk most of the time and without any control of the set. The production team relies on screenwriter Jordan Berman (played by Mandy Patinkin) to keep things going. Again old acquaintances are becoming restless about the political situation. In breaks between the sets, Macarena makes a plan with a few cast and crew members to rescue her old friend and former film director Blas from Franco’s work camp. And this is where the action begins.

Penelope Cruz proved again that she is among the best film actresses in the world. She manages to embody the glamour of an actual film star from the 1950s. Most of the cast gives an equally excellent performance. Unfortunately, some of the characters from the previous film are now entirely pushed into the background.  The film story gets sidetracked on occasion. This is mainly because this film was directed as a sequel. Understandably, some of the inside jokes and references are not clear to the people who never saw “The Girl of Your Dreams.” Amazing production, carefully crafted sets, and costumes combined with a great acting performance from the entire cast compensate more than enough making this film very enjoyable.

“Fortunately, Cruz effortlessly inhabits the world of a 1950s movie queen, and the costumes and production design conspire to make her look glorious.” — Variety