THE HOUSE ACROSS THE STREET - THE HALLOWEEN HORRORS COLLECTION 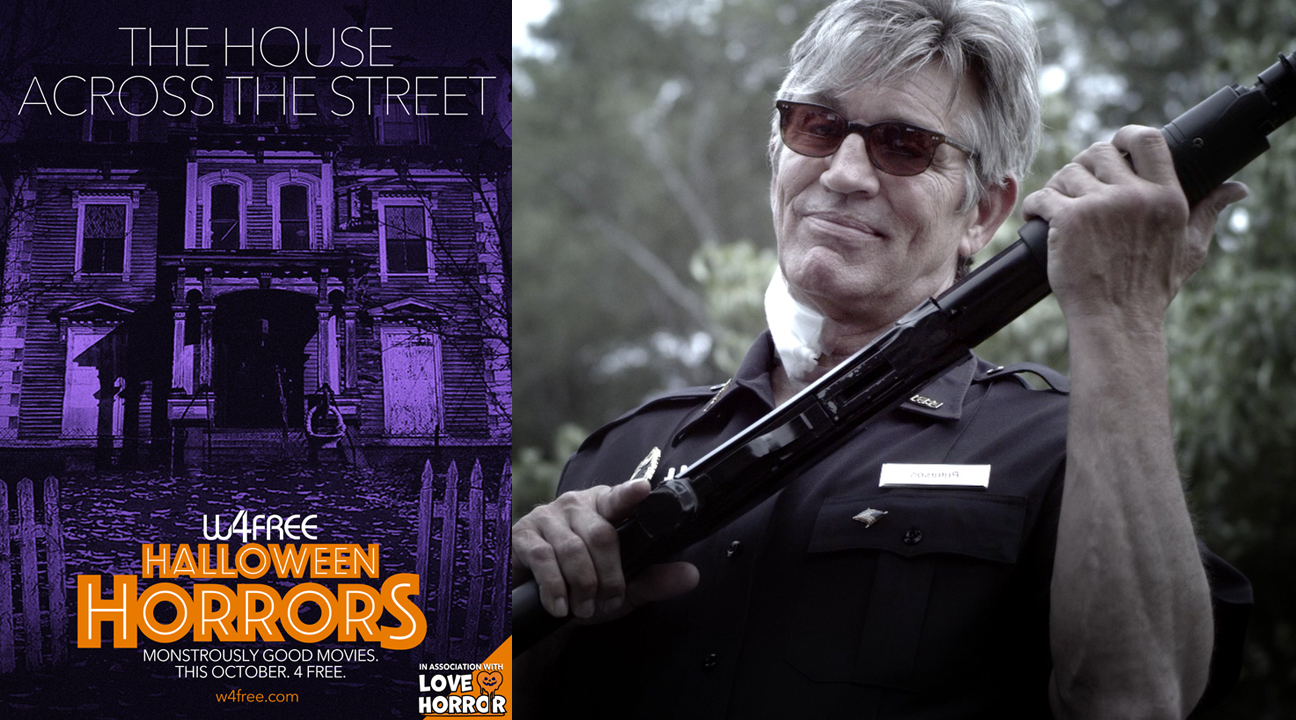 A woman notices some very disturbing things about her new small- town neighbourhood. With the help of a police officer who also thinks that the town is hiding something, she attempts to unravel the sinister mystery.

Every neighbourhood has a curtain twitcher and, come on now, we’ve all been guilty of it ourselves. Playing venetian bind hide-and-seek with the strange man in the strange car parked across the road from my parents’ house used to be a favourite pastime when waiting for Scooby-Doo to come on the TV. And I’m sure I’m not the only one. Am I...?

Directed by Arthur Luhn, THE HOUSE ACROSS THE STREET takes that premise and runs with it for the length of a movie with similar results. There’s a lot of poking of noses into other peoples’ business, revelations that feel a bit ’I knew it!’ and the obligatory dark secrets being revealed that would have stayed hidden ‘If it wasn’t for those pesky kids!’, except in this case its newly arrived out-of-towner Amy and not a gang of teens with a perennially hungry dog in a brightly coloured mini bus.

The film is your garden variety neighbours-up-to-no good suburban mini-nightmare with the occasional twisty surprise that may, or may not, actually surprise or even delight. Death surprises when the locals least expect it, violence erupts and all against the backdrop of a relatively drab, relatively modern, housing development in a perfectly trimmed new build nightmare that many of us would rather die than retire to.

Eric Roberts, as the ‘helpful’ local policeman does the classic Eric Roberts is he or isn’t he, will he or won’t he thing, and horror genre stalwart Courtney Gains does….well what you might expect him to do and does it very well. But the film rests on the shoulders of reasonably compelling lead Amy played by Jessica Sonneborn, who despite appearing deeply irritated for most of the film, does manage to keep you interested in the various shenanigans that lead to a final showdown that you may or may not have seen coming.  Performances are what you might expect for the budget level. Roberts is always good value and there are one or two nice little cameo moments for the day players. Technically it all feels very efficient and the streamlined Cinematography, Production design and Score all do the thing they are supposed to do without being showy or intrusive. No-one is trying to blow anyone away with their magic here.

Should you give it a watch? Well if you’re into subtle menace and urban noir with a bit of Lifetime TV movie-mystery-intrigue thrown in for good measure….yes. It’s undemanding and there is some fun to be had playing guess who and why. If you’re looking for anything else you might have to twitch a different set of curtains….

Watch for free by clicking here  THE HOUSE ACROSS THE STREET or click on W4FREE where you can watch all our monstrously good movies in THE HALLOWEEN HORRORS COLLECTION for free.