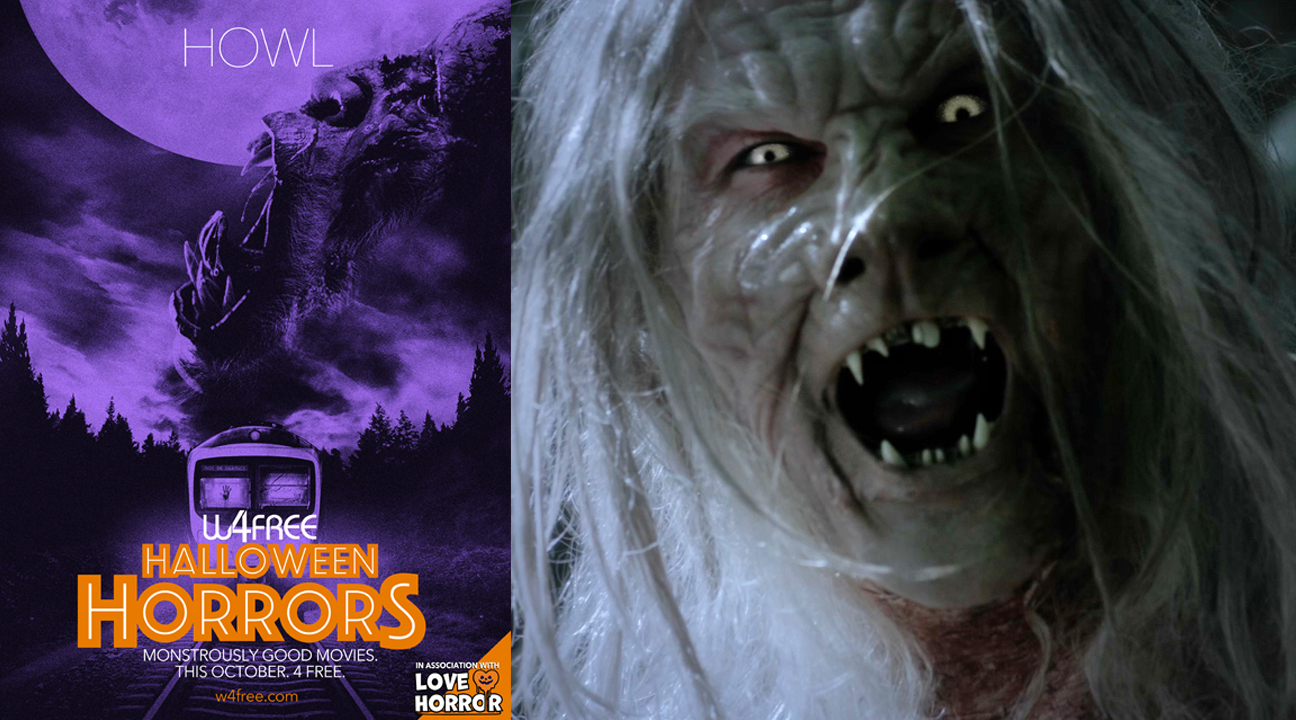 As it’s the night before the big night and the witches are going to be abroad we thought we’d sneak in a bit of werewolf action with bloodthirsty Werewolf movie HOWL.  Here for your pre-Halloween reading pleasure Director Paul Hyett reflects on the importance of story-telling, the career effects of the pandemic, and what horror films have caught his eye lately.

Q: Looking back on the production of HOWL, what stands out for you in terms of the directorial experience?

It was a real learning experience with the sheer number of VFX shots. And what I can do on set to make the VFX guys' workload easier, for example, getting practical plate shots. Also, working on a green screen set. I think that’s what made it stand out to me, the pure logistical way of filming on a train set build, on a green screen set with hundreds of visual effects, and tying everything together so it works.

Q: HOWL was your second feature as director, following the dark and controversial THE SEASONING HOUSE. What was behind the decision to make such a distinct genre shift?

I already knew the producers Ed King and Martin Gentles from actually being up for the job of making the werewolf prosthetics and suits. At the same time the original director left, they had watched THE SEASONING HOUSE as the opening film at FrightFest 2012, so they asked me to think about taking over the directorial reins, which I jumped at the chance to.

Q: Would you like to make another Werewolf-inspired movie?

If a good werewolf script came along I would definitely think about it. When I read a script, for me it’s all about the story and characters.

Q: HOWL, like THE SEASONING HOUSE, THE CONVENT (HERETIKS), and PERIPHERAL, have all received world premieres at FrightFest. What is it about the festival that makes it so important to launch your films there?

My relationship with FrightFest goes back nearly two decades. It feels like my extended family. I think it’s the best way to introduce your film to the world. The audiences are smart as well as supportive. I think the coverage is important, it is hard to get your film out there and noticed. FrightFest is a natural springboard. And the support is so well appreciated. And, also, you have a really fun time there!

Q: Even though you’re a master of visual effects, you’ve gone on record as saying that the most important aspect of filmmaking for you is storytelling. Can you elaborate?

Above all the visual effects, practical effects, CGI, the most important part is the storytelling, the narrative structure, the characters. Everything else comes second. You have to be invested in the characters, you need to be immersed in the story, otherwise no matter what you do visually, you won’t care, it will just feel flat. If you care about a character who is killed, then it stimulates an emotional reaction in you. The effect itself will feel a lot more powerful with those emotions.

Q: We hear you were about to make another film when the pandemic broke. What can you tell us?

I was in Cape Cod, doing recces for a film called ‘UNNATURAL SELECTION, a kind of John Carpenter / Stephen King, New England type vibe. We were looking for locations and about to start casting. The pandemic really put us on a hiatus. But we’re working on getting it restarted.

Q: Has the continuing lockdown restrictions affected or influenced your creative process?

It’s certainly made me disciplined about working at my desk at home. In lockdown there were no real distractions, you couldn’t go anywhere, do anything, so you might as well just sit and work. Writing, concept designing, developing. Otherwise, you can go mad, you need a focus, a reason to get up. For people on furlough, at home, without work to do must have been really hard. I’m lucky, anyone that can work from home is lucky.

Q: Have any horror films caught your eye this year?

I really enjoyed ARMY OF THE DEAD, it was actually what it said on the tin. Intense fun, ultra-gore, and zombie tigers, what more could you want?

Q: Have you ventured back into a cinema yet?

Yes once! To see the new ‘The Conjuring’ movie...

Q: Any future plans you can tell us?

I’m still trying to get UNNATURAL SELECTION up as well as developing THE BLACK SITE with Grimmfest Films. Also, I have just partnered with a producer on another project, a horror set in New Orleans. Soon to be announced!

Watch for free by clicking here HOWL or click on W4FREE where you can watch all our monstrously good movies in THE HALLOWEEN HORRORS COLLECTION for free.