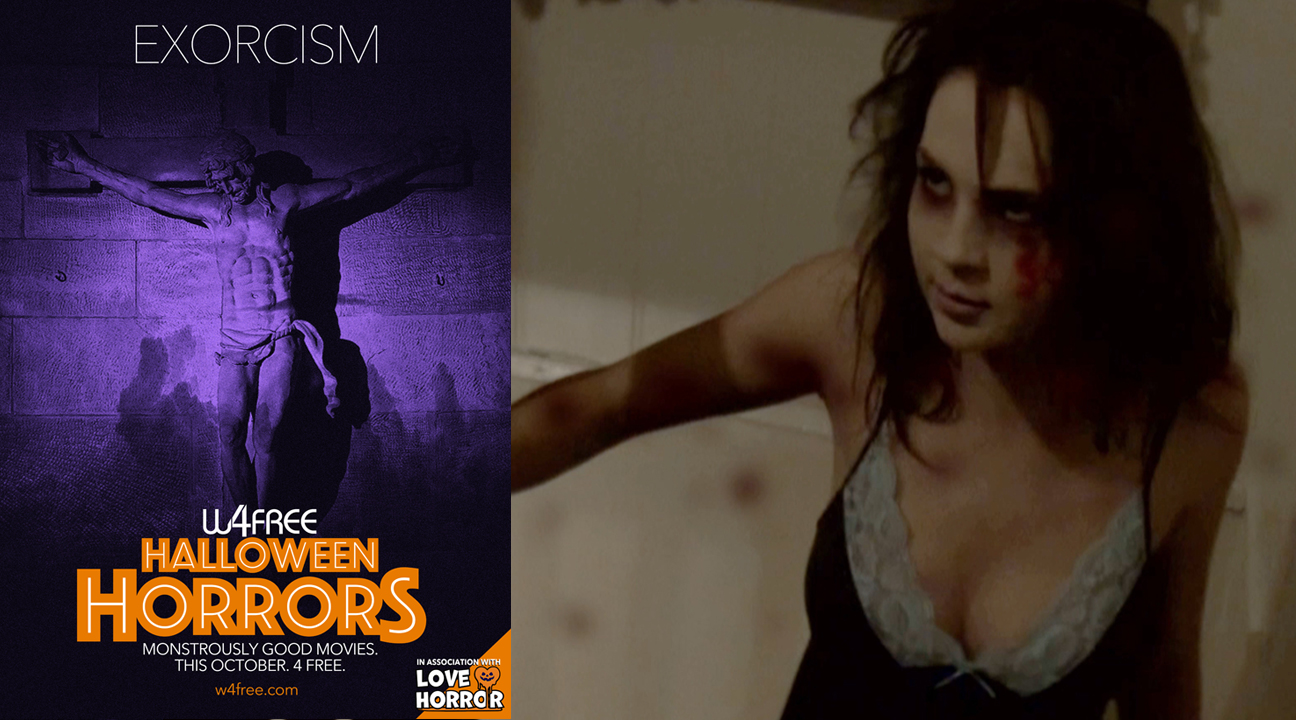 In 1963 a young woman was possessed by a demon claiming to be the Devil, a local priest was requested by the girl's mother to perform an exorcism. No one knows what became of them. 50 years later a group of filmmakers attempt to recreate the exorcism but they are not prepared for the horror they will encounter. Captured on behind the scenes camera we, the audience, are now able to see these disturbing and unexplained events leading to the film crew's final hour.

The found footage film genre, love it or hate it, is here and probably here to stay. It’s a relatively new and cheap medium for early filmmakers to flex their muscles and try to find their voice without spending too much money in the event that it all goes horribly wrong. Which, arguably, more often than not it does.

There’s something truly punk rock about making a found footage film. Substitute the garage band, second-hand instruments and the weed infused rehearsal room with a cheap camcorder and a bunch of eager friends and the dynamic is not dissimilar. Throw in an abandoned building, an urban legend, a demon ghost entity and you have your very own indie masterpiece. Maybe.

But not everyone has a PARANORMAL ACTIVITY or BLAIR WITCH PROJECT on his or her hands, or a major studio push behind it, and that sadly is the case with EXORCISM (2014). It’s a very British stab at capturing the zeitgeist of those aforementioned found footage ‘classics’ and, depending on your tolerance for profanity, casual nudity and crude humour, it sort of, maybe, kind of, works.

There is some fun to be had watching the clearly unprepared ‘film crew’ realise that perhaps that not everything in life can be treated as a joke. That the past can, and more often than not, will infect the present and dark forces, whether you believe in them or not, will not necessarily be stopped by casual and repetitive profanity and a ‘devil may care’ attitude.

The on-screen talent and the behind-the-scenes crew, what little of them there are, try their level best to infuse the proceedings with some measure of enthusiasm and the film does occasionally genuinely feel accidental and natural.  Production values are what you might expect for an effort in this budget range and it does, in moments, make you feel like you are actually there with the players as the demonic entity resurfaces and makes relatively short work of the cast by various and sundry means.

But that really is the long and the short of it.

Whether or not you’ll find something to like in EXORCISM is difficult to say. The character dynamic of an amateur auteur trying to make his mark, the reluctant ‘girlfriend’ dragged along for the ride, the resentful and less than co-operative on-screen ‘crew members’ is probably a more accurate rendering of the typical low budget film ensemble than some people might be comfortable with. In that respect alone the film is relatively authentic no matter how many ‘Press Kit’ interviews you might choose to believe.

Should you give it a spin? If you’re addicted to the found footage genre then there probably will be something that catches your eye here. But if you like your horror a little more matured and produced with a modicum of finesse then, like the demon in the film itself, you might want to move on.

Watch for free by clicking here  EXORCISM or click on W4FREE where you can watch all our monstrously good movies in THE HALLOWEEN HORRORS COLLECTION for free.