Behind Closed Doors - The Story of Lori Petty’s Traumatizing Childhood 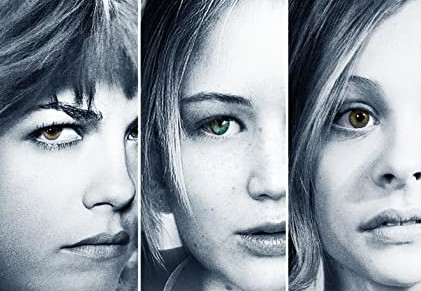 Behind Closed Doors, previously known as The Poker House is a 2008 American drama, written and directed by Lori Petty. The story is based on Petty’s own childhood in the mid-1970s. Petty’s directorial debut stars Jennifer Lawrence(Agnes), Selma Blair (Sarah), Chloë Grace Moretz (Cammie), Sophi Bairley (Bee), and Bokeem Woodbine as Duval.

The movie focuses on one single day in the life of Sarah (played by Selma Blair), and her three daughters, Agnes, Cammie, and Bee. The four of them escaped and left their abusive husband and father to live in Council Bluffs, Iowa. Sarah is an alcoholic and a drug addict, unable to take care of her daughters, which forces Agnes to take care of her younger sisters. Sarah is also coerced into prostitution to support her pimp Duval (played by Bokeem Woodbine) and her house known as The Poker House, is a gathering place for criminals, drug addicts, gamblers, and pimps from all over town.

Although Agnes, Cammie, and Bee try to avoid everything that happens in their living room, they can’t seem to escape and witness everything that happens with their mother, and all of them tries to find something that will occupy their mind and time, just to not be at home. Cammie often stays the night at her friend’s house and spends the days in the local bar with Dolly (played by Natalie West), the bar owner, and Stymie (played by David Alan Grier), Agnes has multiple part-time jobs and plays basketball for her high school team, while Bee often locks herself in her bedroom after finishing the paper delivery every morning. She often speaks of moving into a foster home, wanting to be adopted. Despite Duval’s abuse towards her mother, Agnes believes that he loves her. Later that evening they start kissing and he ends up raping her. As she is released, she goes to her bathroom to clean herself, as Sarah approaches to ask her to go and buy more alcohol. Completely traumatized, Agnes overhears Duval telling Sarah that he will begin pimping and selling her. She takes the gun and threatens him, telling her mother that he raped her, but ends up being disappointed by Sarah, as she says that she will defend Duval.

Defeated and disappointed she leaves for her basketball game. After the game, she leaves to go home and sees her two sisters by the bridge and takes them to dinner. The movie ends with the three sisters singing Ain't No Mountain High Enough.

In the first opening credits, it is revealed that Agnes moved from Iowa to New York to pursue an acting career. Twenty years later it is shown that the movie is her directorial debut and the true story of writer and director Lori Petty.